So, during the first vendor day, I'd handed over 2 copies of each book to Walter, (Was it Walter? I'm pretty sure...) of White Dwarf Books. He's a retailer, and each year, he sets up a table a the annual 'Book launch event', where people can grab books being pitched at the event. This leaves the authors free to shmooze, and not carry around books, looking desperate to make sales. Walter gets a cut, which hey... that's okay.

Three years ago, I was invited to the launch event for the 2nd edition of Lifehack. I was told I would be doing a reading. In public. Out loud. To humans. Live.

And I didn't have many days to prep for that. That first 'book launch' event was terrifying. I showed up, I asked Walter stupid questions, I chatted with a ton of people, waiting to be called up to read.. waiting for.. anyone to be called up to read. There was about ten authors in the crowd, all with new books within the last year. Alright, maybe I was cheating, only the 2nd edition of my book was launched in that year... but the VCON organizer didn't seem to mind.

And then it was announced that due to the noisiness of the room, readings were canceled. As disappointed as I was, I suddenly realized that I could now breathe. Good thing the reading was canceled too, I had some reading experiences shortly after that told me I was not ready.

Skip ahead a year. New venue, better acoustics. I showed up to chatter, not expecting to, but ready to read. I'd had some practice in writing meetup groups. No pro by any means, but good enough to not embarrass myself. Reading started late, but it went well.

Skip ahead to this year. The time got move to 7pm, right when the dealer room was closing. No loss, so I miss 5 minutes for the lengthy chatter period.

I'm looking for the launch event, expecting to find a lounge-like environment, with tables spread out like a cafe. I stick my head in one door, and see a room not much larger than a classroom, with dealer-like tables set up along the sides. Whoops, that's not right. I ask someone outside,

"Do you know where the book launch event is?"
"This is it." 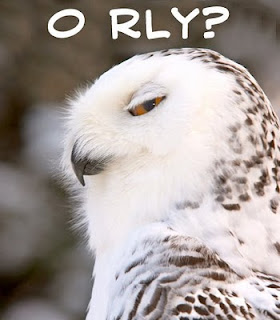 Kay. Um... so.. other authors are here with books set up like rushed vendor tables, all with a stack of their books in front of them. and here I am, no table. Oh, there's Walter over there. Walter's apparently only getting a cut off of me this year, I guess. No worries, really. I was more in WTF mode to care.

I looked for an empty table- there was none. I heard later that I was not the only table-less author in the room by any means. The lady who organized the event, I'm told, ran it 2 years prior. No one seemed that pleased with how the event was going. I can't remember the lady's name, she seemed nice enough, but ... this was a mess.

As it was, I had to email VCON a month beforehand to make sure I was INVITED to the book launch event, which I'd never had to do before. Maybe part of being lost in THAT shuffle was me missing a memo where the event had been turned into... something else. Ish.

Alright, enough pouting, lemonade time. I camped in a blank spot next to one of the tables, and met Geoff(rey W.) Cole. He was there representing a book he's contributed to, "The Blackness Within: Stories of the Pagan God Moccus". We grumbled about the muddy chaos that was the launch event, and the lack of readings. It turned out that he had a solo reading scheduled on sunday. I'd seen single-author readings in the VCON program, and wondered how a person got such a thing. I guess you just ask! At any rate, he'd been given the room for an hour, and wasn't sure if he could fill the time.. so.. HI! Why YES, I think I can fill up some time!

I sat at my invisible table for a while longer, handing bookmarks out as visitors made the rounds... There was a lot of people there, and it was noisy, but overall.. it felt like there was nothing going on. Maybe that was just my WTF still lingering.

Walter came by, giving up for the night, returning my books to me. He stated the obvious and told me there were no sales. I smirked and glanced around the room. He nodded. No shock, I didn't care. I wanted to do a reading, that was what I looked forward to at the launch event.

I didn't hear the announcement, but at some point, it must have been declared over, people started leaving en masse. Yeah, well, that was it. It was over.

Friday was unexpectedly slow in the vendor room, and this kind of felt like a bonus kick in the teeth. I could have been crashing someone's party or something. Heck, I could have gone and hung out in the gaming room, and check out what the D&D kiddies are playing these days.

Silver lining to the event? I had a reading anyway, on sunday, and met Geoff. Still.. overall, a realllly disappointing book launch event. With any luck, next year's will be better... and I won't have a new book to launch.

Piss on it. Day one wasn't a wash, but it felt pretty close at that point. It was okay, it was okay, the vendor room went good for a friday. Moving on.

Next post: The hotel room
Posted by Joseph Picard at 10:28 PM