My table in the vendor's room will not only be home to my 3rd novel, "Echoes of Erebus", the previous two novels, "Lifehack" and "Watching Yute", but two unexpected things will be there too!

Also, I will be showcasing my great invention! I won't give away any spoilers, but it will revolutionize combat and/or culinary arts in this century!
Posted by Joseph Picard at 3:59 PM No comments:

No, Regan doesn't get a bat signal. I have a lot of stupid things to say, but one basic bit of housekeeping to do:

Hardcovers and softcovers are waiting for me at the end of their postage adventure. I expect the hardcovers in my hands this week sometime, and the softcovers on friday. You locals who pre-ordered through me can expect a call/email soon. The rest of the world will (as foretold) have to either order off the net, or hope I have leftovers from my personal supply after VCON at the start of october. I have the first copy of the final thing, and it is purdy.

Oh, and a tweaked the background of the website a little. Now with CABLES. Whee! Might add a little LED trim to them later. We'll see.

Ok, stupid thing #1- The batsignal. Iconic, classic. Stupid. What century are we living in? You're telling me that the easiest way to get a hold of Batman is the same as used by car dealerships to draw attention-deficit customers? Get a ****ing pager, Bruce! Yeah, yeah, it could potentially be traced and reveal his secret identity, but there's gotta be a hack around this crap. Are you telling me that a billionaire who can magically use everyone's cellphones to see everything everywhere, (LAME) is prone to the horrors of *69? (LAMIER)

The only reasonable excuse for the batsignal to still exist is to spook criminals. As Adam West once said to the commissioner, "Criminals are a cowardly and superstitious lot." 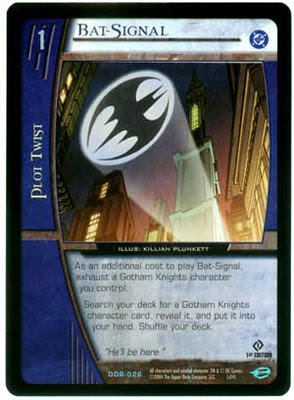 Stupid thing #2-
In Lifehack, I refer to Sgt. Parker as a 'puppy', in that he's well-meaning, innocent, and a little clueless at times. And loyal. He got his name originally from a puppy that I was babysitting for a month or so.

And I realized the other day, Parker isn't the puppy in Lifehack, it's Regan. Regan's tenaciously loyal, pretty clueless in a lot of ways, doesn't realize the world isn't all about her, well meaning, and she will metaphorically hump the leg of her chosen love, whether welcome or not. And not always so metaphorically, I suspect. For such a goofy character, she's aged well since Lifehack came out. I guess that's how she's talked me into making little appearances in Watchign Yute and Echoes of Erebus.

Not by humping my leg. She's a lesbian, and I wouldn't feel it anyway. 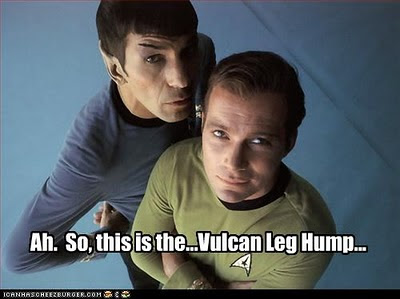 Stupid thing #3-
Scott Pilgim. Well, not Scott directly, but the kinds of realizations I've come to due to his influence. I've been listening to the movie soundtrack lately, and it's led me to think that Scott Pilgrim vs The World is the kind of movie that the Beatles would be making today. 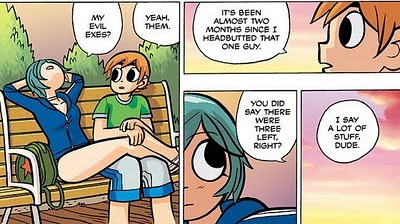 -If the Beatles were a little less into peace and love, and a little more into punching stuff hard enough to toss them a few blocks away, for no apparent reason. Seriously. It's not even as if being stupidly strong is unusual, (except for vegans and cyborgs), and maybe that's part of SP's charm. The everyman is a superman. Every everyman. As said in an interview with one of the... uh.. was it the director? Edgar Wright.

"...a musical, but instead of people breaking into song when the emotion is too strong, they break out into fights."

-Which works bloody awesome. and the fights aren't even bloody. Sure, they're mad at each other when fists start flying, but there isn't the cruel suffering highlighted in many other action flicks. It's... fun violence. Okay, maybe it over-glamorizes violence, but until girls actually start to pull giant glowing mallets out of their handbags, we might be alright.

And for the record, I think the antagonist could use a movie all on his own. He's got a big backstory that's barely touched in the comic, but would make for a good story to tell.

Ehhh, I've gotten way off track. This week, I wanna be a crappy indie rocker in a crappy apartment downtown. Scott Pilgrim is just another blow, pushing me further along the slowly brewed midlife crisis that got put on the pot when I was 25. 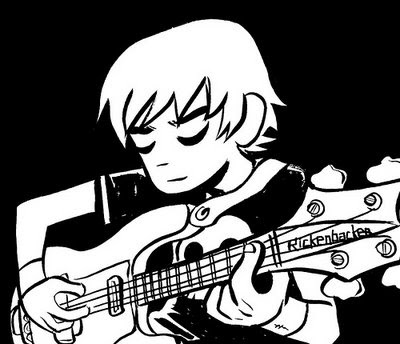 Posted by Joseph Picard at 8:06 PM No comments: