Rubberman's Cage AudioBook is out! (And Citizens Update) 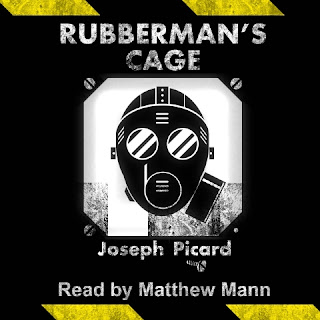 It's finally out!
It's on Audible, Amazon and iTunes. Keep in mind, if you get a free trial account at Audible, you can grab Rubberman's Cage free!

Our hero, Lenth, has grown up in a very small, controlled space with three 'Brothers' and a silent rubber-clad master above them, who directs daily activities, and can electrocute them if they disobey... but this is normal- it's what they grew up with. Driven to 'wake' a dead Brother, Lenth manages to escape into new spaces, and meet people he never knew existed.


Revelations about his world as he explores are complicated by a killer- who shares more than a little background with our hero.

The book is in its final edit run (once again in my own hands), then off to the presses! Conversion to Ebook and hardcover will follow, as usual, but now it might also get an audio treatment!

Just to catch you up- Rubberman's Citizens focuses on one area discovered in Rubberman's Cage. Its history of savage, abusive leadership, the struggle to rise and overcome, then create a form of society. Leena steps up as the main character, bringing my writing back to a female lead.

I've been told I should let it be known that the book has a notable streak of "dakly funny". I don't go out of my way to insert jokes, but ... I can be a bit of a smart-alec, and that's bound to bleed through the writing from time to time.

For whatever reason, I tend to gravitate to writing a female lead.. anyone remember this goofy thing I slapped together during the writing of Rubberman's Cage? 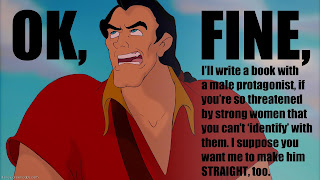 Ah, poor Regan... (Lifehack, my first book) She likely would want me to write another lesbian. If it makes her feel any better, Leena hints she might be bi, and there's a couple lesbian characters in Rubberman's Citizens.

Posted by Joseph Picard at 8:51 PM No comments:

Newer Posts Older Posts Home
Subscribe to: Posts (Atom)
My homepage www.ozero.ca
My Facebook Page: www.facebook.com/ozerobook
(My FB is updated a lot more than my blog!)